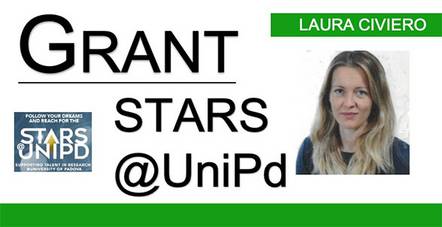 Brain cells called astrocytes play a key role in synaptic elimination by recognizing, engulfing and degrading them, but it is unclear exactly how astrocytes coordinate this process. The aim of the project is to provide a molecular characterization of the protein machineries involved in astroglial synaptic phagocytosis using a whole-genome approach. The research holds the potential to identify novel regulators of astroglial synaptic phagocytosis and to inform on how to manipulate phagocytic kinetics in pathological conditions such as neurodegenerative diseases.

Since 2010, LC has been working in the field of neurodegeneration, with a particular interest in the identification of novel molecular and targetable pathways involved in Parkinson’s disease (PD). In the last years, she identified a number of aberrantly regulated targets by studying PD-linked proteins and the related signaling pathways in neurons and glial cells. Astrocytes are emerging as causal or modulating factors in diverse neurodegenerative diseases, including PD. Her most recent research is focused on the molecular characterization of novel physiological functions of astrocyte such as phagocytosis and the role of PD-linked proteins in modulating these cellular processes.